It's no secret. Hollywood lacks Asian representation.
Asian actors are still only 1% of Hollywood's leading  roles.
Why?
Because Hollywood believes that films featuring Asian talent aren't successful.
But, now, YOU can help prove that there is a demand for Asian films on the big screen! 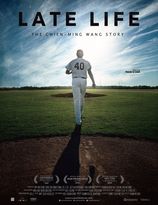 Support our new Asian film about famed Taiwanese baseball player and former New York Yankee Chien-Ming Wang, as he fights his way back to the U.S. major leagues.

This film, directed by award-winning Frank W  Chen (a Taiwanese-Canadian filmmaker), sheds light on Wang’s Taiwanese culture, his family, and his uphill battle to save his career.
Just like Crazy Rich Asians, if we can show another success with our new film release by bringing in a strong box office, we can prove to movie theaters & Hollywood that there is a demand for films featuring Asian talent.
How YOU Can Help Support Asian Film
1) Attend a movie screening in your area.
Find a screening in your area by clicking HERE.
Hurry! The film is playing for a limited time only.
2) Purchase a block of group tickets.
Can't attend a screening, but want to support the film?
​You can purchase a block of group tickets that we'll donate to local Asian communities- giving them the opportunity to see their people
​and culture on the big screen.
Donate your tickets today. Tickets can be purchased at:
3) Share the film with your community.
Want to support the film's theatrical release? Share the film trailer on your social media timelines and use the hashtag #LateLife.

​Together, we can spread enough awareness about the film to drive people to see the film and increase the film's box office!
Frank Chen, Brian Yang, & Chien-Ming Wang sincerely thank you for helping the Asian community share the story of Late Life.
Meet The Team Behind The Film:
FRANK W CHEN - Director/Producer 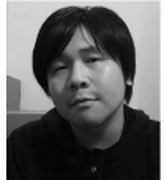 Frank is a Taiwanese-Canadian filmmaker, architectural designer and musician based in New York City. He is the writer/director of the documentary short Torpid May – Own Way Back, a film tracing an Asian-American band’s unique route back to Asia. He also served as a production designer on the 2012 major motion picture Bad Girls featuring mega-stars Ella Chen of S.H.E, and Taiwanese actor Mike He. As an architectural designer, he has worked with internationally renowned architects Bernard Tschumi and FXFOWLE in New York City, and MVRDV in Rotterdam, the Netherlands. As a singer/songwriter he has written numerous songs and performed in major festivals such as the CMJ, Echo Music Festival, Jersey Shore Music Fest, MEANY Festival, Spring Scream Festival - with appearances at Times Square and Union Square in 2013 celebrating his homeland of Taiwan. He also participated in composing of the soundtrack for Late Lifeand wrote three tracks for the film.
TOMMY CHIH-WEI YU - Co-Director 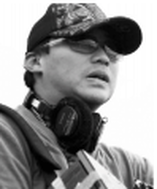 Tommy is a director, screenwriter and cinematographer. His film How’s Life won the best short film at the 42nd Golden Horse Awards, the most prestigious award in the Chinese speaking world. The film’s lead actress, Megan Lai, was nominated as the Best New Performer, and Best Lead Actress at the Golden Bell Awards. The film also won the 28th annual Golden Harvest Award for Outstanding Short Film. Golden Horse Awards committee member Kwak Jae-Yong, director of the hit film My Sassy Girl praised the film as a comedy without cultural borders that could be appreciated throughout the world. Tommy also specializes in documentary filmmaking. His 2008 film A Gift: 12.5cm which chronicled the story of professional dancer Mu-Chin Lin, an amputee resulting from osteosarcoma of the tibia, was selected as one of the films represented at the UICC Film Festival Reel Lives at Geneva, Switzerland out of over 200 entries.
BRIAN YANG - Producer 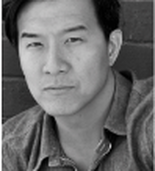 A graduate of the University of California, at Berkeley, Brian works as a producer and actor on projects that run him between New York, California, Hawaii and Asia on a regular basis. In 2008, he was the host of Shanghai Rush, China’s most extensive reality show production at the time. He was the producer for Linsanity, a 2013 film that chronicled the remarkable journey of Jeremy Lin from a relatively unknown basketball player to a pop culture phenomenon. His production company, 408 Films, has produced feature films set in both the US, as well as in Asia and currently has several projects in various stages of development in both regions. Other producing credits include My Other Home, a biopic about former NBA star Stephon Marbury and his life in China, Z Dreams, a digital FOX series with actor Sung Kang (Fast and the Furious), and I Can I Will I Did, currently on the festival circuit. As an actor, Brian has been in the hit series Hawaii 5-0 for 5 seasons and most recently been in episodes of The Blacklist, The Path, Westworld, and the independent feature film The Jade Pendant.
HAI-TAO WU - Director of Photography/Producer

Hai-Tao is a director/cinematographer originally from Taiwan, working in the film industry since 2003. He received his M.F.A degree in Writing/Directing from the City College of New York and soon after co-founded Mad Hatter Media Group, a Brooklyn-based film production company. He is the recipient of several awards as a Director, Producer, and Director of Photography, including the Grand Prize and Best Documentary at the Finger Lakes Film Festival, and the Journey Award at The City College of New York for his documentary Heartland. His latest project, Mother of The Weekreceived the Audience Choice Award at the Northeast Film Festival.
ABOUT THE FILM:
Directed by Frank W. Chen
GENRES: Documentary, Sports, Asian Studies