<
>
Long Synopsis:
Mr. and Mrs. Choi own and operate Happy Cleaners, the family dry cleaning business. Mr. Choi has been working at the cleaners for seventeen years, and was fortunate enough to take over the business. Though they have been doing this menial work for many years, they work diligently to support themselves and their children -- of whom they have high hopes and aspirations. The family dry cleaning business - the very source of the family’s income as well as the symbol of all their hopes - is in jeopardy of loss, and the Choi Family members must react. Quickly. At home, Hyunny is in her scrubs. She works hard at the hospital as a nurse. As the eldest child of the Choi family, she carries a sense of responsibility and thus helps her family out with finances, contributing to the rent and bills. All her mom
wishes is that Hyunny reach her full potential, hoping that Hyunny’s life does not mirror her mother’s. A doctor husband would redeem Hyunny’s choice of being “just a nurse.” Working in the kitchen, concocting some fusion dish, is Hyunny’s younger brother Kevin. He is a young man who always has an unorthodox way of directing his Korean-American trajectory. Like his hunger and penchant for food, his eyes are bigger than his stomach -- especially with his quixotic plans. All he has accomplished this year is becoming a huge disappointment to his parents. They want Kevin to, at the very least, stick to one vocation and work hard at that. His
mother still continues to dream of having a doctor son

"A moving and entertaining ‘slice of life’ examination of the immigration experience, and what comes after for the families of those immigrants."
- Robert Monk, FlickeringMyth

“It’s an honest and understated effort focused on a generation gap that often leaves this a touching and enlightening experience…remains an authentic Korean and American story. Highly recommended.”
- David Duprey, That Moment In 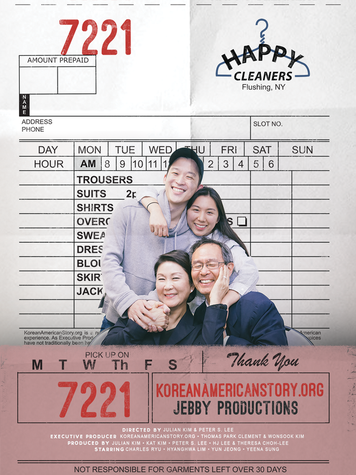